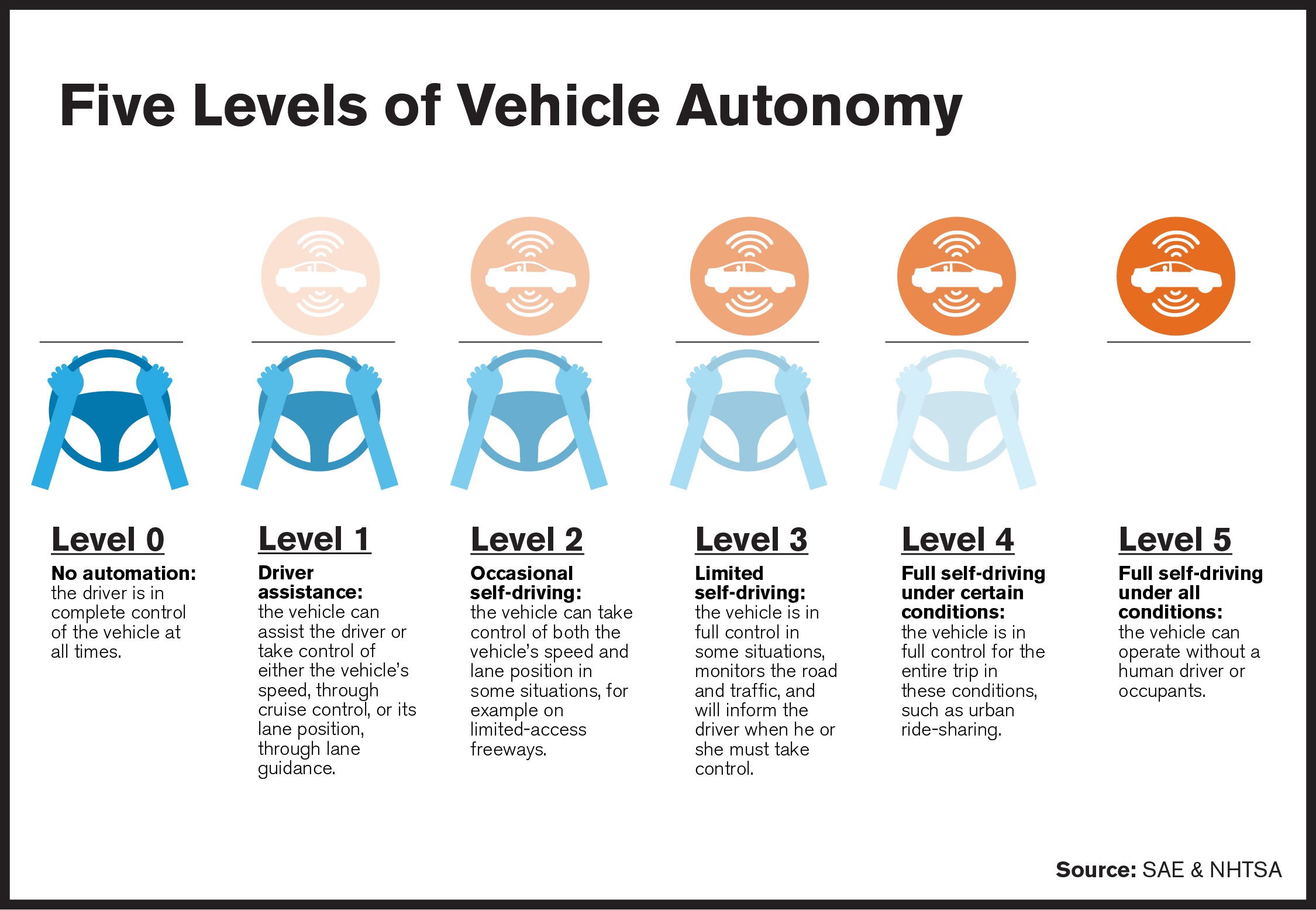 Connected vehicles use communication technologies to communicate with:

Fully autonomous vehicles are defined by the U.S. Department of Transportation's National Highway Traffic Safety Administration (NHTSA) as “those in which operation of the vehicle occurs without direct driver input to control the steering, acceleration, and braking and are designed so that the driver is not expected to constantly monitor the roadway while operating in self-driving mode.”.  The NHTSA has established five levels of vehicle automation: