A how-to of the Kettering & MeL databases 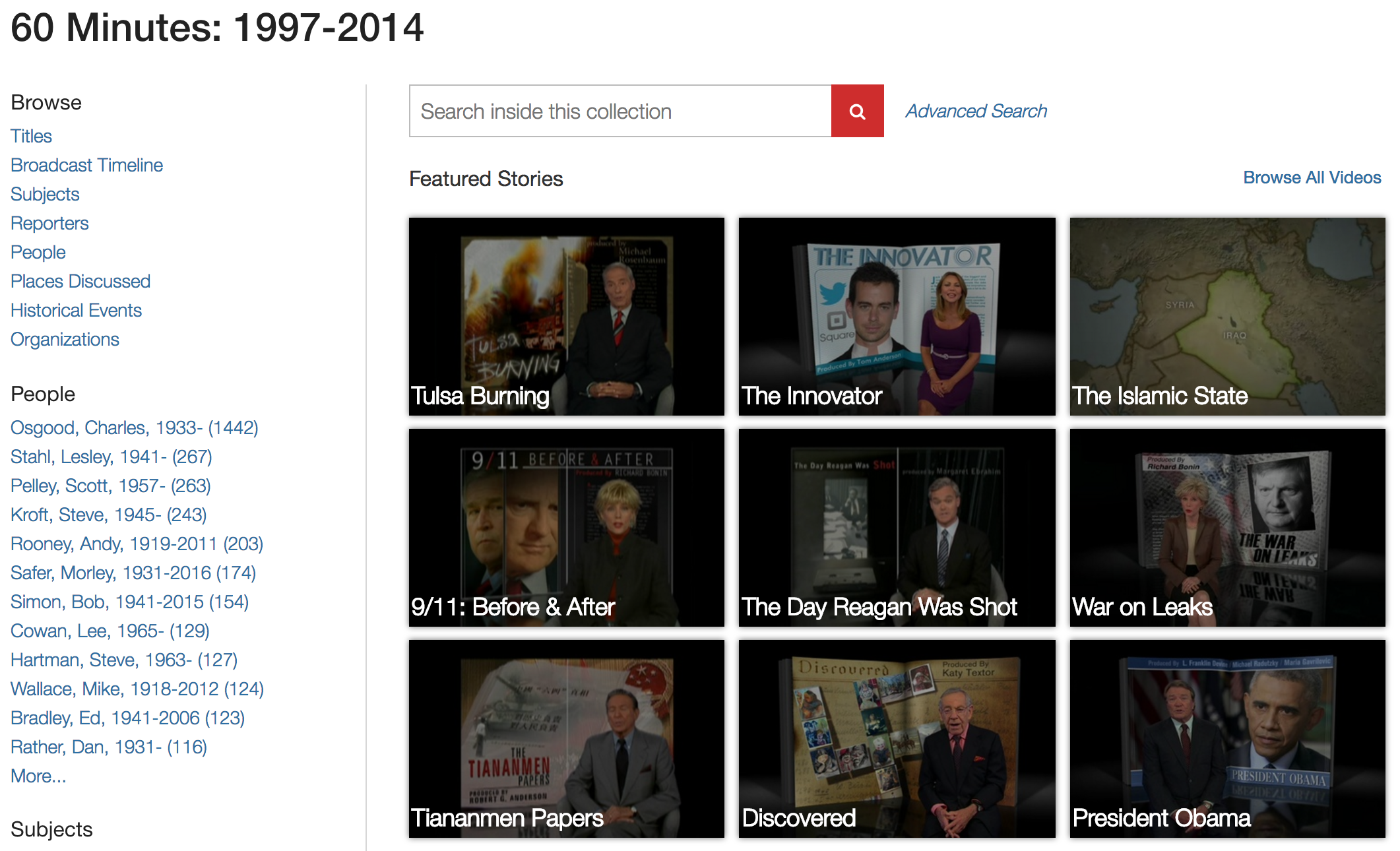 For the first time ever, nearly two decades of television’s most preeminent program are available online in one expansive streaming video resource.

60 MINUTES is one of the most successful television programs in American history. On top of more than 100 Emmy wins and 20 Peabody Awards, it holds the record for the longest continuously running primetime program in the history of television. With as many as 25 million viewers tuning in for its Sunday night broadcasts, 60 MINUTES remains among the most respected, influential TV journalism programs in the world.

This online collection provides 350 hours of high-definition video from 17 years of broadcasts, including hundreds of segments not available anywhere else in the world. True to 60 MINUTES’ iconic style, each news segment within the collection serves as a standalone short documentary on a specific news topic. The broad range of content offers boundless applications for students and researchers. Some of the greatest disciplinary strengths of 60 MINUTES include:

This resource also includes 175 hours of bonus segments from the popular CBS News program Sunday Morning, whose timely news pieces, cultural features, and newsmaker profiles form an ideal complement to 60 MINUTES content. The addition of this bonus programming brings the collection to a total of 525 hours of high-quality CBS News content.