All of Kettering's Liberal Studies Databases in one place

With the motto of "thoughtful entertainment," Kanopy provides Kettering University patrons with access to films of unique social and cultural value; films that are often difficult or impossible to access elsewhere, and programming that features diversity, with a wide array of foreign language films and films on race, and current affairs.

Currently, Kettering has a small number of films already licensed to us, which can be viewed directly from our homepage (see below).

This platform is mediated, which means you can request a film of interest, and the library will review and approve your request! 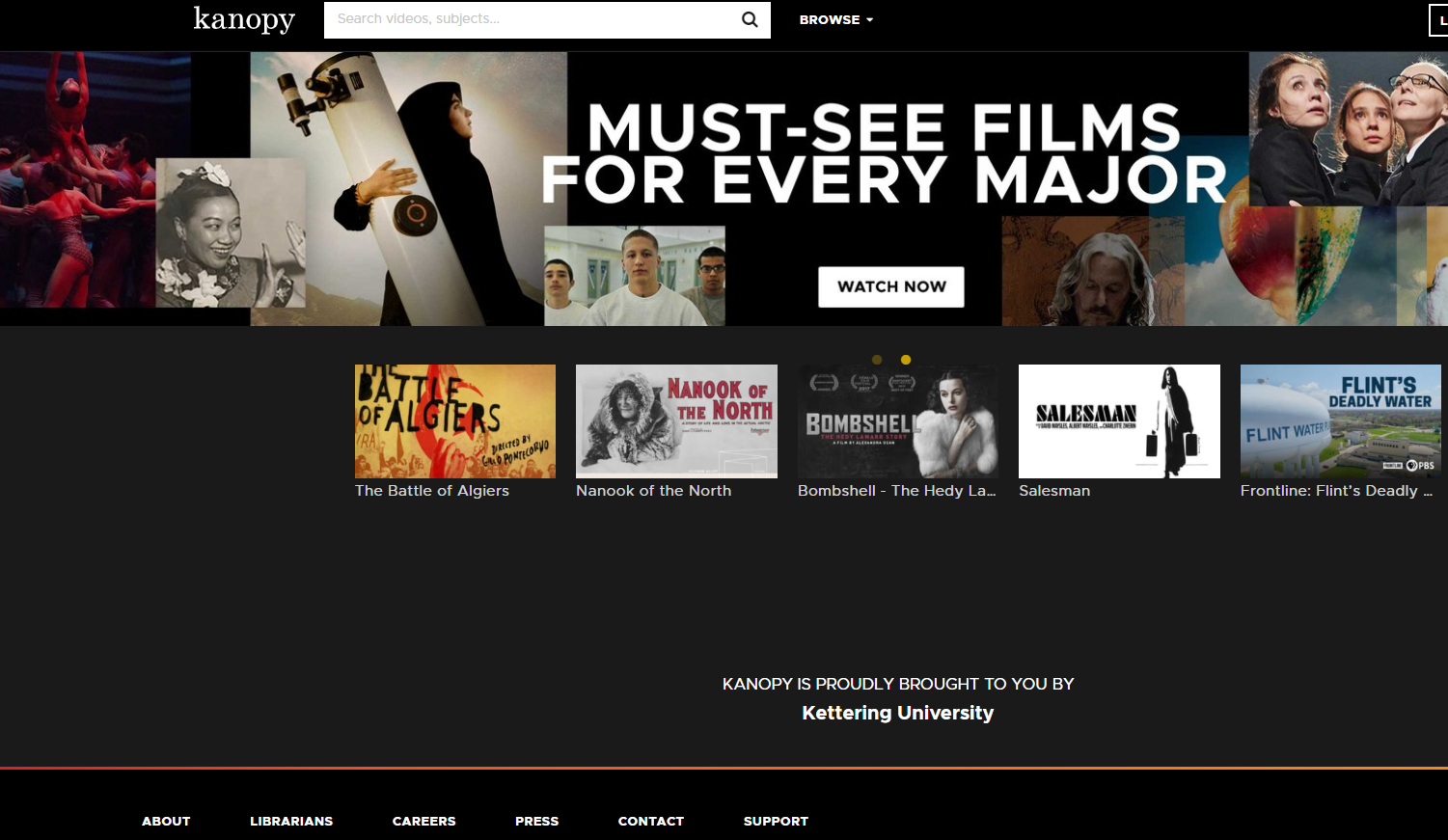 To find a film, you can use the search bar to find a specific title, or browse by subject: 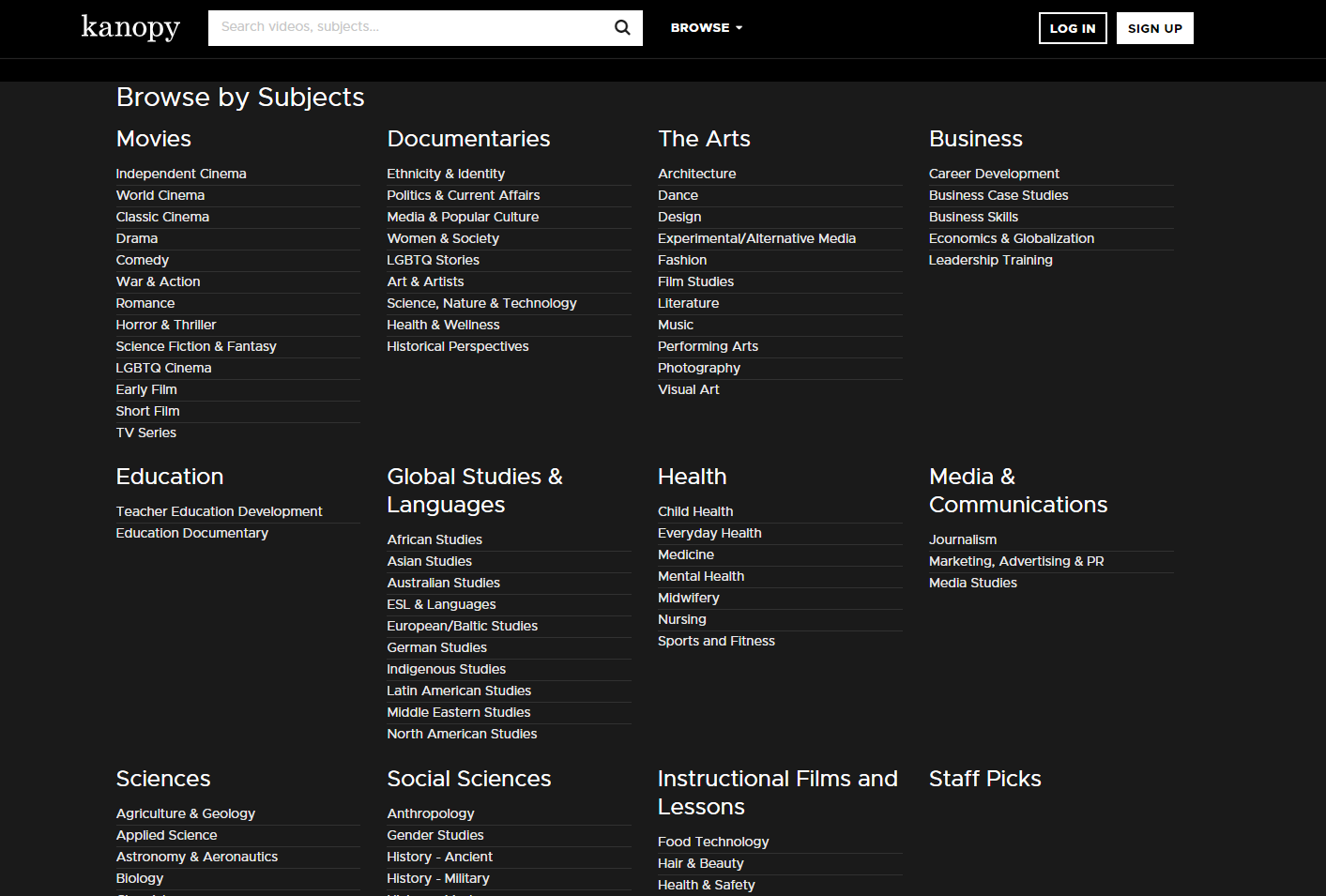 When you select your film of interest, simply fill out the request form, and the Kettering Library will receive your request! We will reach out to you shortly via email with an update. 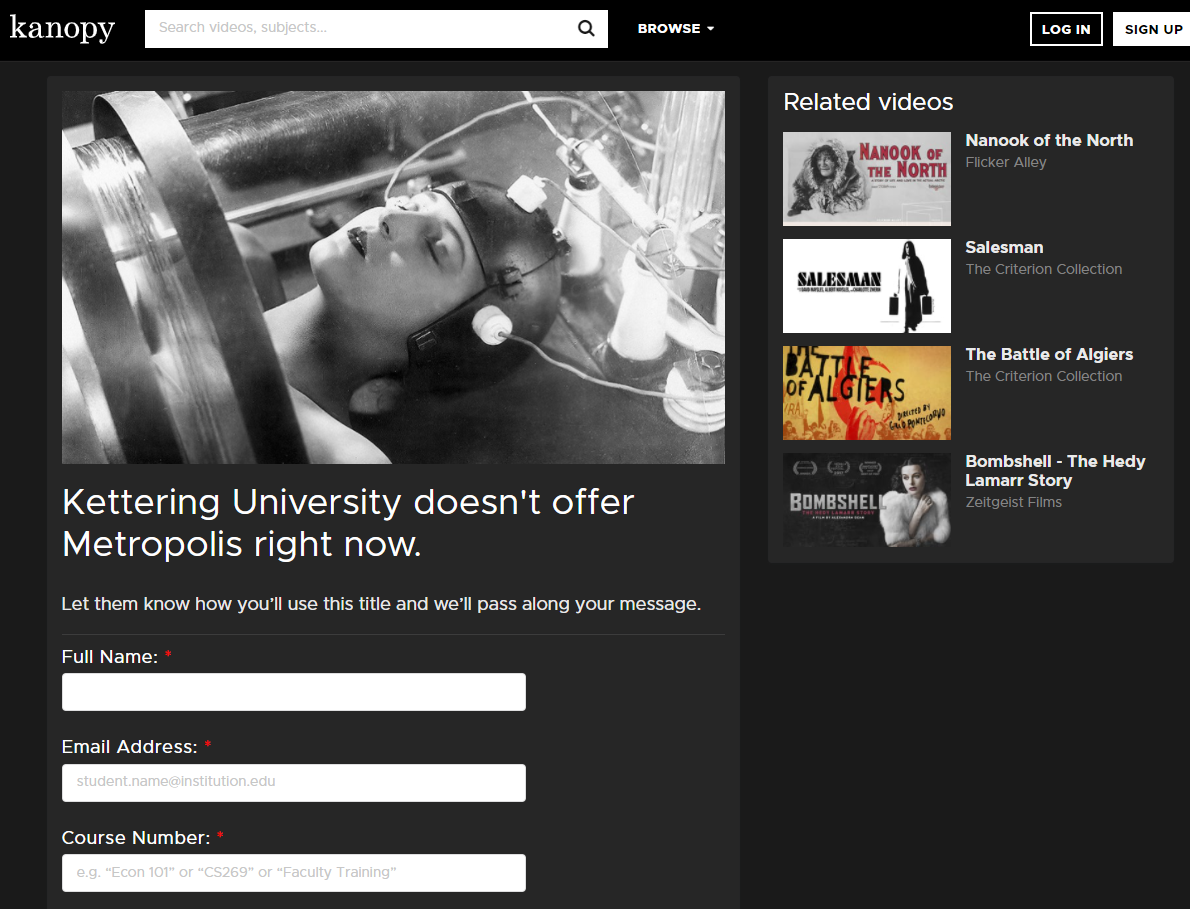